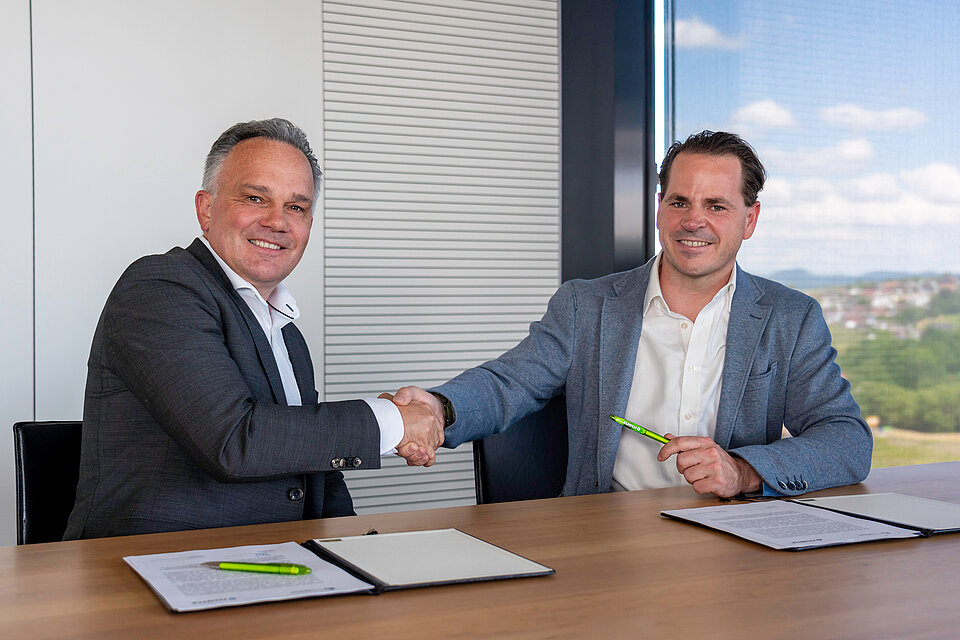 A sustainable alliance for the next generation of battery cell production: CUSTOMCELLS®, one of the leading companies in the development and series production of state-of-the-art lithium-ion battery cells, will combine its expertise in cell development with the know-how of Manz AG in the future. To this end, the high-tech engineering company is taking a 40 percent stake in CUSTOMCELLS® Tübingen GmbH - a subsidiary of the CUSTOMCELLS® Group, which includes the Tübingen site and the Itzehoe site.

For more than 30 years, Manz AG has been one of the global pioneers of digital production with its efficient machines and systems for selected growth industries.

"We are bringing together the best of both worlds. This step will help us to make our production even more efficient, minimize service times and significantly reduce the reject rate by continuously monitoring process stability," says Leopold König, CEO of CUSTOMCELLS®. "We can test new processes and equipment in direct operation and have the technical expertise to do so directly on site. This shoulder-to-shoulder cooperation is unique in the industry and will serve as a role model."

Efficient high-tech solutions today for the problems of tomorrow

Manz AG is setting up its own development environment for new cell production concepts in the neighboring premises of CUSTOMCELLS® Tübingen. "As a high-tech engineering company, Manz has already been one of the innovation drivers and technology leaders in the field of battery production for years. The investment in CUSTOMCELLS® Tübingen GmbH is a consistent step towards sustainably strengthening, positioning, and also in the context of the European battery funding project EuBatIn, an important building block for realizing our ambitious goals," says Martin Drasch, CEO of Manz AG. EuBatIn stands for European Battery Innovation and is one of two "Important Projects of Common European Interest" (IPCEI) in the field of battery cell manufacturing approved by the European Commission. The aim of the two IPCEIs is to promote research and innovation in the European battery value chain.

At the Tübingen location, CUSTOMCELLS® is aiming for the next growth area: series production in the field of electric flying. The know-how from the cooperation with Manz AG will therefore also contribute to the perspective of being able to further expand production capacities for the aviation sector. This includes setting up a pilot production facility that will serve as a development environment for new cell and system concepts.

The parties have agreed not to disclose financial details of the investment. The operational management on site will remain with CUSTOMCELLS®.  As an independent developer and manufacturer of application-specific battery cells, CUSTOMCELLS® always relies on the best equipment available on the market and the highest quality resources for series production in Tübingen.