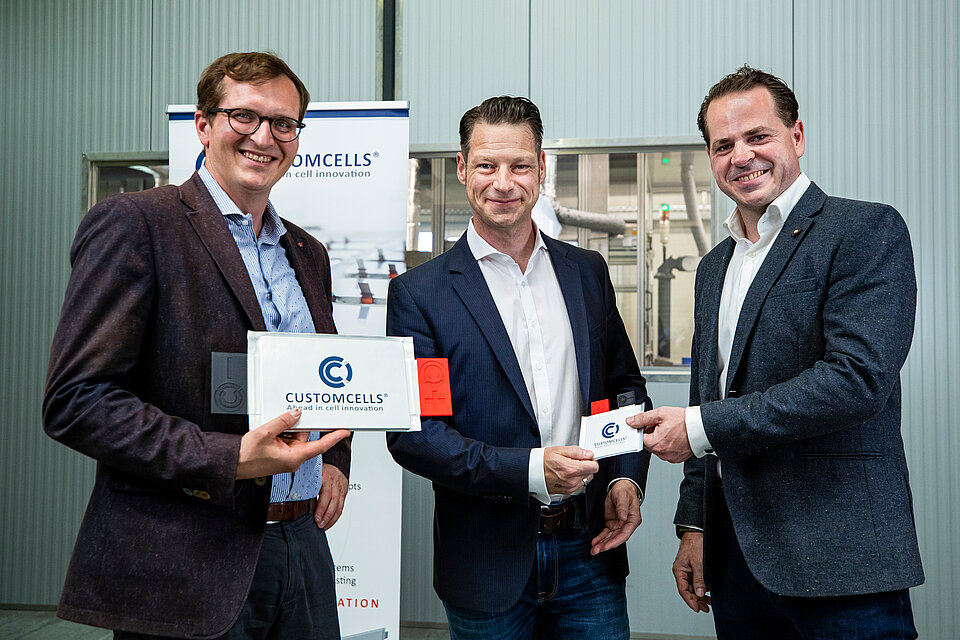 Customcells is a leading battery cell developer and producer with a focus on customized solutions for the industry, as well as special applications.

The company plans to use the money to advance electric flying; further internationalization planned.

Customcells is aiming for a leading role in the global premium battery market. To this end, the company has now successfully completed a Series A financing round and raised a total of 60 million euros. Europe's leading climate tech venture capitalist World Fund is the lead investor together with the Hamburg-based family office Abacon Capital. Customcells intends to use the money to expand its activities in the electrification of air traffic, intensify its research and development work and drive forward its internationalization.

"Our goal is to create and shape a new premium segment in the international battery cell market," says Dirk Abendroth, CEO of the Customcells Group since May 2022. "This includes a next generation of battery cells that are tailor-made to meet the needs of our customers. Customcells is set to become a global player – a major premium brand in its own right in the global battery cell business."

"Energy storage is the critical technology for the further expansion of renewable energy and thus for the further decarbonization of the global economy," says Daria Saharova, co-founder of World Fund. "Customcells has the opportunity to enable the disruption of aviation and thus rapidly decarbonize the entire industry."

The World Fund only invests in companies with climate technologies that have the potential to save at least 100 million tons of CO2e per year. To this end, the venture capitalist has developed its own methodology called Climate Performance Potential, or CPP.

"The electrification of our economy is only just beginning and is driving the transformation of the world's three largest markets - energy, buildings and mobility. Energy storage is the critical link," says Tobias Krauss, CEO of Abacon Capital. "Customcells is uniquely positioned to do this and inspires its customers as a reliable partner."

Customcells – with locations in Itzehoe and Tübingen – is a spin-off of the Fraunhofer-Gesellschaft and has been active in the development and series production of state-of-the-art lithium-ion battery cells for more than ten years. The company works along the entire value chain, from development to certification and series production to recycling.

Among other things, Customcells intends to use the investor funds to accelerate its position in the electrification of aviation and create competitive advantages through a first2market approach. This includes significantly more powerful battery cells than the competition, and certifications by the European Aviation Safety Agency (EASA) and the US Federal Aviation Administration (FAA).

The company intends to further accelerate its technological lead with the help of significantly increased research and development activities. Specifically, a total of 50 patents will be registered in 2022, and these are to be significantly expanded in the following years.

"Our fund stands for the industrialisation of next-gen technologies and at Customcells the next generation of cell technology is currently being created. With ten years of know-how and numerous patents, the company is ideally positioned to be the market leader in this field," says Herbert Mangesius, Partner at Vsquared Ventures.